The heat and humidity should not stop you from visiting Japan in the summer, as it is one of the best times to visit the country. In addition to the numerous sights and attractions, some of the most vibrant festivals are held in the months of July, August and September. Here is a sample Japan Rail Pass itinerary for a 14-day trip to Japan:

There are Japan Rail Ticket Offices at Narita Airport where you can exchange your JR Pass voucher for the actual JR Pass. Fill out a form and present your passport to the staff for verification. Once your pass is ready, reserve a seat on the next Narita Express to take you to central Tokyo. The train ride should not take longer than an hour.

Tokyo is a large city that boasts an abundance of sites and attractions that appeal to people of all ages.

Some of the most popular destinations recommended for first-time visitors are Asakusa, a district with the old Edo atmosphere and home to the city’s most renowned shrine, the Senso-ji Temple; the Imperial Palace, located in Marunouchi district and serving as home to the Japanese Imperial Family; Ueno Park, the largest green area in Tokyo and home to temples, museums, a zoo, and an aquarium; Meiji JIngu, a century-old shrine surrounded by a dense evergreen forest; and Tokyo Skytree andTokyo Metropolitan Government Building for picturesque views of the city.

For those who prefer a destination that is far from the hustle and bustle of a metropolis, taking a detour to climb Mt Fuji is a good option.

With your JR Pass, take the JR Shonan-Shinjuku Line at Shinjuku Station to Kozu Station, where you need to transfer to the JR Gotemba Line to reach Gotemba Station. The whole train journey takes about two hours.

Many people use the Subashiri 5th Station as their starting point to climb Mt Fuji. To get there, you need to take a one-hour bus ride from Gotemba Station (one-way ticket costs 1,540 yen and round trip costs 2,060 yen).

The climb can be completed in five to eight hours, so doing this as a day trip is possible. However, staying overnight in one of the mountain huts is recommended for those who want to take it slow and easy. Make use of luggage forwarding services known as takuhaiban, which are delivery services you can find at the major airports, hotels and convenience stores, to enable your heavy bags to be forwarded to your next hotel while you are completing the climb.

Next stop is Shirahama, which is a renowned onsen resort located about a hundred kilometres from Osaka.

To get there from Subashiri 5th Station, get on the bus that will take you back to Gotemba Station. Have your JR Pass ready to be able to board a JR Gotemba Line train headed to Mishima Station. From there, transfer to a Shinkansen going to Osaka Station, and then make another transfer, this time to the Ltd Exp Kuroshio Line to Shirahama Station. Because this one-way journey takes a total of eight hours, you should consider leaving Mt Fuji early in the morning. 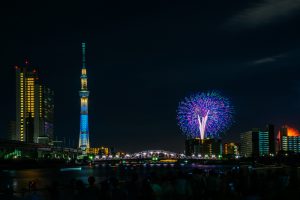 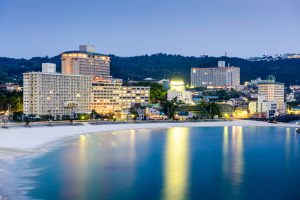 The Japanese love going to the beach in the summer. Shirahama Beach is a 500-metre span of fine white sand where you can easily spend a day relaxing in the sun, snorkeling, swimming, surfing, and indulging in other water activities. Consider splurging on a hotel that is a few minutes’ walk from the water and offers scenic views of the sea.

There is also a variety of non-beach activities to keep you busy while in Shirahama.

For instance, the area has an abundance of stunning landscapes and rock formations, such as Engetsu Island and the Senjioki. It is also home to two amusement parks, Adventure World and Energy Land, and several museums, such as the Kishu Museum, the Onsen Shiryokan, and the Minakata Kumagusu Museum. Most importantly, it offers a unique hot spring experience through its two onsen by the beach, the Shirasuna and the Sakinoyu, both of which have large outdoor baths that provide a relaxing soak in high quality hot spring waters while enjoying unobstructed views of the sea.

Kyoto’s Gion Matsuri is Japan’s most famous festival so consider scheduling your trip to Japan in July, as the event is held over the whole month.

From Shirahama Station, take the Ltd Exp Kuroshio 22 line to Shin-Osaka Station, and then transfer to the JR Special Rapid Service line to Kyoto Station. The trip is fully covered by your JR Pass and takes about three hours.

Throughout the Gion Matsuri festival month, there are various events all over Kyoto’s Gion district, at Yasaka shrine, and the surroundings. There are processions and parades of beautifully adorned floats, food and snack stands set up on streets, and more. 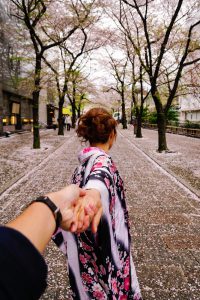 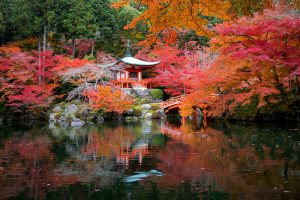 On your second day in Kyoto, you can spend the morning in the city and then head out to Nara in the afternoon.

Start your day in Kyoto at around six in the morning to climb Fushima Inari Taisha, a mesmerising Shinto Shrine comprised of thousands of orange torii gates that lead you through a dense forest to the main shrine at the top of Mount Inari. The round trip takes about two to three hours. Spend a few hours at the base to check out the food stalls and markets.

Around lunchtime, walk back to JR Inari Station and take the JR Nara Line Local to Nara Station. The journey takes about an hour and ten minutes.

Nara is one of Japan’s oldest cities and the country’s first permanent capital back in 710. Among its top attractions are the Todaiji Temple, an 8th century Buddhist temple that houses a large bronze Buddha statue; the Horyuji Temple, which contains the oldest surviving wooden structures in the world; the Heijo Palace, which served as the emperor’s official residence in the 8th century Nara Period; and Nara Park, a large park that is about a 20-minute walk from Nara Station and is home to hundreds of deer.

After spending a few days in Kyoto, head south to Fukuoka and get acquainted with one of Kyushu’s largest and most historic cities.

Catch a Shinkansen at Kyoto Station headed to Shin-Kobe Station, and then take another Shinkansen to Hakata Station. The entire trip takes about three hours and is fully covered by your JR Pass.

Upon arriving at Fukuoka’s Hakata Station, you can start your adventure right away. In addition to its temples, shrines and other historical attractions, Fukuoka offers many fun and enjoyable spots for people who like to eat and shop. Even after the sun sets, the city remains vibrant and full of energy, with its beer gardens and night markets.

From late in the afternoon and into the night, Fukuoka beer gardens serve some of the best quality beer you will ever taste. You can try Asahi, Kirin and other locally made beers at some of the city’s most popular beer spots, such as the Asahi Beer Garden, Centrahaza Hakata Beer Garden, Barbecue Garden, Shibafu Beer Garden, Sushi-ko Sky Garden, and Horror House Tenkugofu. These establishments often offer all-you-can-eat-and-drink specials.

For locally-made products, handmade crafts, food and snacks, and other goods, the Fukuoka Night Market, located by the river and close to Canal City, is the place to be. Aside from the wide selection of merchandise for sale, it also has stalls that offer fortune telling and massage services. It has a number of small eateries where you can feast on tasty ramen, pastries, and drinks, too.

Also, if visiting in the first half of July, do not miss the Hakata Gion Yakamasa, a unique Japanese festival highlighted by large kazariyama floats displayed all over the city and by a race during which small kakiyama floats are carried by locals trying to outrun each other through a course of both narrow and broad lanes near Kushida Shrine.

Nokonoshima Island is an excellent destination for those looking for nature sightseeing and adventure. It has a very spacious green park that sits on 15 hectares of land, surrounded by waters, and far from the hustle and bustle of the city. It is best known for its colourful seasonal flowers, most particularly daffodils, rape blossoms, livingstone daisies, poppies, azaleas, marigolds, hydrangeas, sunflowers, cosmos and dahlias. It also offers facilities for ceramic-making and painting, sports, a playground, and a mini zoo.

At certain times of the year, the park is illuminated and looks incredibly magical. If you happen to visit on those days, consider camping for one night at the island park’s cottages, with overlooking views of Hakata Bay and the fields of flowers.

From Fukuoka, the island is about a 20-minute subway ride, a 15-minute bus ride, and a 10-minute ferry ride away. Take the Fukuoka City Subway Kuko Line going to Meinohama Station, and then walk to the Meinohama-eki Kitaguchi Bus Stop to catch a bus to the Noko Tosenba Bus Stop (Ferry Terminal). The journey is not covered by your JR Pass.

Nagoya, in Aichi Prefecture, is a large and populous city that is home to many historical and cultural structures such as Nagoya Castle, Korankei, Atsuta Shrine and Osu Kannon Temple. It is also where the Toyota headquarters are located, and is home to several Toyota-related museums.

From Hakata Station, take a Shinkansen to Shin-Osaka Station and then transfer to another Shinkansen going to Nagoya Station. The one-way trip is fully covered by your JR Pass and takes about four and a half hours.

Once in Nagoya, purchase a one-day sightseeing bus pass for convenient access to the city’s top tourist attractions as well as discounted entry rates. 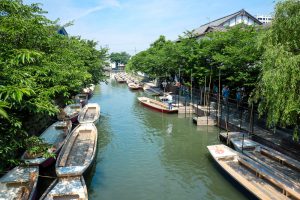 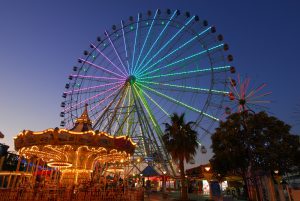 Sumo is the national sport of Japan and, every July, Nagoya hosts one of the six grand sumo tournaments. It has a history that dates back to the ancient times, when the sport was used as a form of entertainment for the Shinto gods. Today, it is considered a professional sport that showcases the most skilled and trained wrestlers in the country.

In 2017, the event will be held on 9–23 July at the Aichi Prefectural Gymnasium. Information on purchasing tickets etc. is available on http://www.sumo.or.jp/.

To return to Tokyo, take a Shinkansen from Nagoya Station to Tokyo Station. The trip takes about two hours and is covered by your JR Pass.

If you happen to be in Tokyo in late July, check out the Shinjuku Eisa Matsuri Festival, first held in 2002. A celebration that honours the spirits of Japanese ancestors, the event features a procession of dancers, musicians and bands, singers, and other entertainers dressed in colourful garb, moving to the lively beats of the drums.  In 2017, it will be held on 29 July, from 12 noon to 8 pm, around Shinjuku Station’s East Exit. Be there early to secure a great spot, as the spectacle attracts approximately one million people.

If catching your flight back home from Narita Airport, get a seat reservation on the Narita Express at a JR Ticket Office in Tokyo and be at the designated platform not a minute later than the time printed on your seat reservation ticket. The trip is covered by your JR Pass and should take less than an hour.