Kanazawa is located on the island of Honshu and is the capital of Ishikawa Prefecture. In terms of wealth and size, it used to be the seat of the second most influential and powerful feudal family, the Maeda, and is home to several cultural and historical landmarks that compare in significance to those in Tokyo and Kyoto. 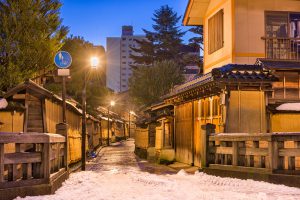 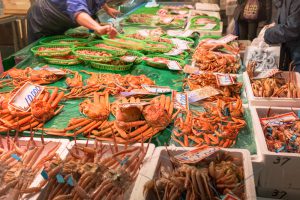 Snow crab in the market

Walk around the Kenrokuen Garden

Considered to be one of the top three landscape gardens in Japan, along with Korakuen in Okayama and Kairakuen in Mito, Kenrokuen Garden is a large, spacious garden built centuries ago by the Maeda clan. It is home to many beautiful and colourful flowering trees, such as plums, cherries and maples, which provide the garden with a variety stunning looks at different times of the year.

Also known as the Myoryuji Temple, the Ninjadera is a temple constructed by the Maeda clan during the Edo Period. It has several defensive features, such as secret rooms, long and maze-like corridors, hidden tunnels, trap rooms, and disguised military outposts. Its complex escape network allowed everyone in the castle to effectively defend themselves or escape when the castle came under attack.

A samurai mansion built by a former Maeda leader as a gift for his mother, the Seisonkaku Villa boasts an elegant style that features unique and intricate work on the roof, doors and walls, and the interiors are adorned with tatami flooring.

The Kanazawa Castle served as the seat of the ruling Maeda family during the feudal times of the Edo Period. Through the centuries, it has suffered a number of tragedies, including several fires that led to its destruction. It has been restored in recent years and its castle grounds are open to the public. 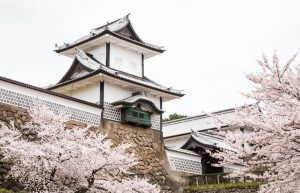 The city of Kanazawa is served by several bus companies that provide easy access to its many landmarks and attractions. For tourists, the Kanazawa Loop Bus is highly recommended as it covers several of the most important sightseeing spots. A one-day bus pass that costs 500 yen gives you an unlimited number of rides on all the buses (loop bus and regular bus).