The capital of Nagasaki Prefecture, located on the island of Kyushu, Nagasaki is a port city that has held a major role in Japan’s trade relations with various countries for several centuries now. It was one of the few ports that were kept open during the country’s period of isolation. Today, it is mostly remembered for being one of two Japanese cities devastated by an atomic bomb during World War II. 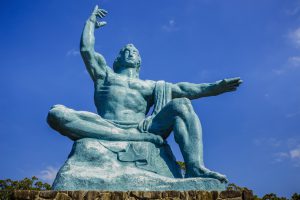 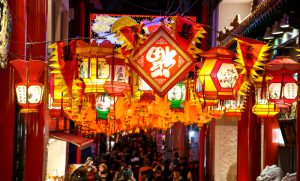 Built to commemorate the atomic bombing of the city during World War II, the Nagasaki Peace Park is home to several memorials and monuments that remember the destruction and victims of the tragedy. Its most notable attractions are the large Peace Statue, the Hypocenter Park (where a marked area of the epicentre of the explosion can be found) and the Nagasaki Atomic Bomb Museum.

A 50-minute boat ride from Nagasaki Port, Gunkanjima is a tiny, abandoned island (150 metres wide and 480 metres long) that used to be a coal mine up until 1974. A guided tour to the island is available daily, and lets guests see the deteriorated remains of buildings and other facilities.

Stroll around the Glover Garden

Home to mansions of Western merchants who settled in Japan in the late 1800s, Glover Garden is an open air exhibition of houses and residences that feature Western architecture with a touch of Japanese influence. It has a spacious garden that offers panoramic views of the city and surroundings.

Check out the city’s religious buildings and structures

Nagasaki is home to the Koshi-byo, a Confucius Shrine built in 1893 by the city’s Chinese residents; the Kofukuji, a Buddhist temple built in 1620 at the foot of a hill; and the Oura Tenshudo, a Catholic Church constructed in 1864 and the oldest surviving Christian place of worship in Japan.

The Nagasaki Kunchi Festival is an annual event that is held 7-9 October in Nagasaki. Observed by the city for about four centuries now, it is a unique festival that fuses Dutch and Chinese influences throughout Nagasaki’s history. It is highlighted by large floats and dragon dance performances. 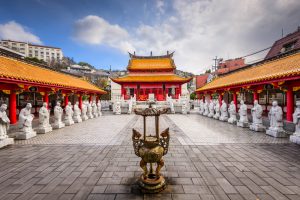 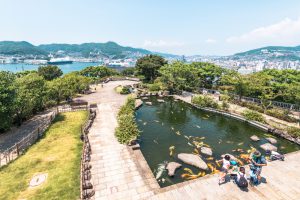 Nagasaki has four tram lines that link all of its main sightseeing attractions. A ride costs 120 yen, and a one-day pass is also available for 500 yen.

Many of Nagasaki’s top attractions are located close to each other, so walking is also a good and healthy way of exploring the city.